- January 17, 2011
Dr  Emoto’s findings I heard of these researchers results a couple of years ago, from the movie, “What The Bleep Do We Know”. If you’re a person who is interested in mechanics of creation/maya/ the world that we live in I suggest you check this movie our on youtube. Essentially what Dr Emoto proposes is that water is able to pick up the vibrations from  our actions/emotions/words uttered and he has the photos to prove it. If this were correct it would explain the effect mantras/kathas have on water, on our bodies, how amulets and sak yant have an effect on people as people are made up of 80% water/blood.

Dr. Emoto has been conducting worldwide research on the effect of ideas, words, and music upon the molecules of water, and the descriptions below are taken from the book of his published results.The photo on the left is of a frozen water sample from the lake at Fujiwara Dam, in Japan. As you can see, the water's structure is dark and amorphous, with no crystalline formations.

After the above water sample had been taken, the Reverend Kato Hoki, chief priest of the Jyuhouin Buddhist Temple, made a one-hour prayer practice beside the dam. After that, new water samples were taken, frozen and photographed. As you can see (at right), the change is stunning--the ugly blob of the former sample has become a clear, bright-white hexagonal crystal-within-a-crystal.

The third photo shown here, also of water taken from Fujiwara Dam after the prayer treatment, reveals a shape that had never, prior to that time, been seen by Masaru Emoto in his over 10,000 water-sample experiments. As you can see, it is a heptagon, or 7-sided crystal.
Here is the related clip from the movie “What The Bleep Do We Know” : http://www.youtube.com/watch?v=TWAuc9GIvFo&feature=related
For your further perusal Dr.Emoto’s website:
http://www.masaru-emoto.net/english/e_ome_home.html
Scientific Proof

Most of the articles in this blog have been by me, I've asked Hilmi and the rest to write but their a bit reticent.....hopefully in the future they will. There is a plethora of knowledge on their side, which needs to be exposed. Ok, on to my topic today. As a seeker, I have studied various religious directly from masters. One of the basic mantras handed to me was the Gayatri Mantra. The gayatri mantra is a mantra that truly resonates with me because of its spiritual elements. It transcends to religious boundries and even those from monotheist origins can relate. It is a mantra to God to guide our intellect. This mantra has touched us and we wanted to share this with all. The meaning is broken down below. This mantra is deep and profound. It helps connect us to the Divine Light/Creational Energy of the universe/God that we all part of and have within us. Special Thanks to www.eaglespace.com for the article below: GAYATRI MANTRA DETAILED WORD BY WORD MEANING The Gayatri
Read more 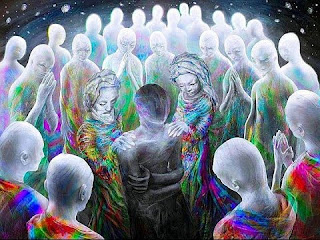 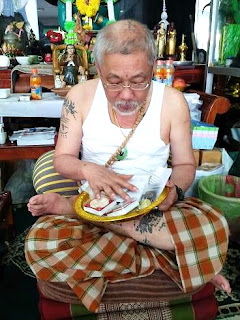